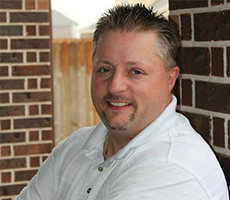 Thomas began his career in logistics in 1994 serving as a service facilitator at U.S. Delivery (later purchased by Corporate Express Delivery Systems) in Houston, TX. Shortly thereafter he became the director of Logistics for a small company known as Dedicated Services, Inc (DSI). After DSI was purchased by Noble International from Detroit, Michigan Thomas stayed on as Director of Logistics for what became Noble Logistic Services where he developed and managed regional delivery systems all over the country, including the development of a distribution network for both Toyota and Ford.

In July of 2003, Thomas ventured into a partnership with Advantage Delivery & Logistics (ADL) headquartered in Tampa, FL where he currently serves as the Vice President & Chief Operating Officer. In addition to having developed the current corporate infrastructure, Thomas aided the firm in nearly tripling its business while expanding its coverage into 6 new states.

Placing a strong emphasis on the importance of creating strategic partnerships with customers and other from carriers around the country, Thomas has spent the last few years helping to develop vendor relations that ensure strong participation and a solid membership for the Florida Messenger Association. He currently serves as the Meeting Committee Chair for the FMA and has been nominated for the board of the CLDA and the Texas Courier & Logistics Association.
Thomas served in the Army prior to beginning his career in Logistics. He has been married for 11 years and has 4 children. In his spare time, he enjoys riding his Harley and spending as much time as possible with his family.